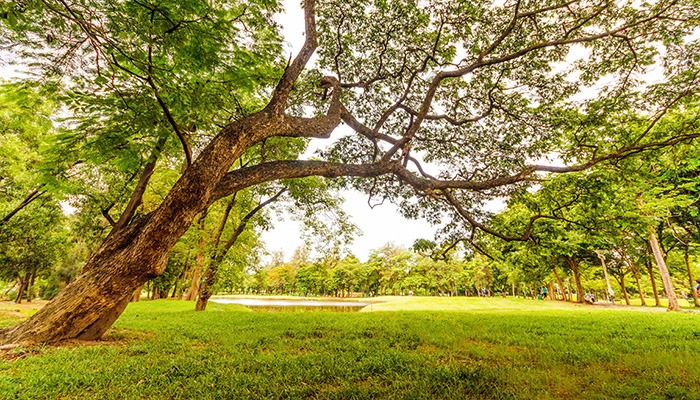 As a new decade begins there is an argument that we are now entering a new age of enlightenment. As wildfires consume Australia, we cannot say that as a civilization we were not informed about the effect modern living is having upon the environment nor what difficult decisions we must take to mitigate further destruction. It is a grim enlightenment that makes ignorance appealing.

Whilst weighty international governmental reports carry kudos and gravitas that sway policy makers, they sometimes lack the visceral edge that can garner public opinion and muster action like the imagery of our seemingly protected way of life belittled by mother nature. The 2019 IPBES report laid bare just how much biodiversity loss has occurred secondary to the impact of human activities. It is estimated that natural systems have decreased by 47% since estimates began, that the global wildlife biomass has decreased by 82% since 1970 and that 25% of species are now threatened with extinction. However, as events unfold, one animal we are likely to see much more of is the Squirrel.

Allow me to explain.

Disney’s classic movie “Up” became famous for a dog called Dug who would frequently get distracted when he thought he could hear a squirrel, whereby he would exclaim “Squirrel!” mid sentence and effectively derail the entire scene. In political parlance this is known as whataboutery, whereby a politician being grilled on a current political faux pas dusts off an older and unrelated opposition faux pas and uninvitedly launches it as a quick distraction. As scientific consensus has long converged on human activities being the cause of global warming, and as media and social media zeitgeist quickly follows suit, we can expect to see plenty more Squirrels launched by those with vested interests in this debate.

One of the pioneers of using the Squirrel to deflect overwhelming scientific evidence was of course Big Tobacco, who in leaked insider documents 40 years ago were noted to say that “doubt is our product since it is the best means of competing with the body of fact that exists in the mind of the general public”. Since this statement their major product has not just been tobacco or doubt but also the red backed Marlborough Squirrel with bells hanging off his bushy tail. Other corporations have since followed this playbook to astounding effect and when you see it once you cannot help but to see it over and over again. Of note “Merchants of Doubt” by Oreskes and Conway is a must read to see how effective this tactic has been in past decades and may help distil scientific fact from industry obfuscation going forward.

In the Irish environmental context, there are parallels to be made between tobacco and agriculture. Animal agriculture is heavily subsidised just as governments once subsidised the tobacco industry, who in turn lobbied to keep these subsidies in place in a perpetual Penrose stairwell. This history is now repeating itself in Ireland with a further twist. Data depicting the health and environmental harms of animal agriculture are often minimised or rejected by the media, the state, and on occasion by the medical literature. Big Agriculture invests heavily in medical research (why?) and they publish often. This leads a to a slew of industry funded trials that make objective decision making erroneous and time consuming, if at all possible. Corporations naturally act in their own best interest as allowed by the confines of the system in which they exist.

However, in the past governments and even medical organisations, such as the American Medical Association in the case of tobacco, have failed to act on the wealth of evidence to hand over not just years but decades. This is the power of industry, this is the power of influence. Perhaps we should take a leaf from Canadian policy makers playbook who have barred industry from the formulation of their dietary guidelines, resulting in predominantly whole-food plant based recommendations. This is decidedly unSquirrel like behaviour of our Canadian friends.

Big Dairy has followed the Big Tobacco play book after converging international guidelines over decades continue to advise limiting the intake of saturated fat. At a 2008 international meeting in Mexico, global dairy leaders aimed to “neutralize the negative impact of milk fat by regulators and medical professionals”. They have aimed to achieve this via industry funded studies and other more obvious Squirrel like tactics such as the now infamous Time magazine cover “Butter is Back”; the swirly scoop of butter in this cover even resembled a Squirrels tail.

Following highly impactful public advertisements from Vegan World about the ethical issues surrounding dairy production and a series of publications from the FAO, WHO, the Lancet  and EAT foundation detailing the environmental issues surrounding dairy , the Irish Dairy Council has launched a series of adverts stating that Irish Dairy is green, grass fed and in-fact good for the environment. This is known as the Hashtag Squirrel, as once you hash tag something, irrespective of whether it is based upon a truth or fallacy, it gains immediate social media currency.

To this point, it is now uber trendy to have a sustainability tag no matter what your business. Every corporate marketing department is aware that “sustainable is trending” and that it also affords the consumer a real time confessional box for their indulgences. Fast fashion isn’t fast fashion if you have a sustainability policy; the rare Bangladeshi Sweating Squirrel. Ryanair isn’t one of the top ten emitters in the EU because they have brand new planes; the endangered Navy and Yellow Annoying Trumpet Squirrel. Dairy and beef production are not the number one cause of Irish greenhouse gas emissions as they are Irish cows and they eat Irish grass; the commonly sighted Friesian Squirrel with Shamrock Dimples. BP, Shell, Exxon etc. all have sustainability policies, thus they are all now environmentally sound; the Orwellian Carbon Squirrel. Following this analogy, Fox News should of course be renamed Squirrel News as they so frequently and vehemently distract, frustrate and report “alternate facts”. The Murdoch Squirrel, perhaps the deadliest Squirrel of all.

WONCA, The Lancet and WHO are amongst a number of organisations that are calling for healthcare professionals around the world to become active and lead in planetary health, a call endorsed by the college membership at the 2019 AGM. We are currently at a climate tipping point. It is incumbent upon us to call out those that seek to distract and undermine the science and solutions to bring us back from the brink. 2020 may be the Chinese calendar year of the monkey and the Japanese year of the rat, but with growing push back from vested interests regarding the status quo could this also be the environmental year of the Squirrel?

Disclaimer: Opinions expressed are that of the blogger and may not represent the views of the College.