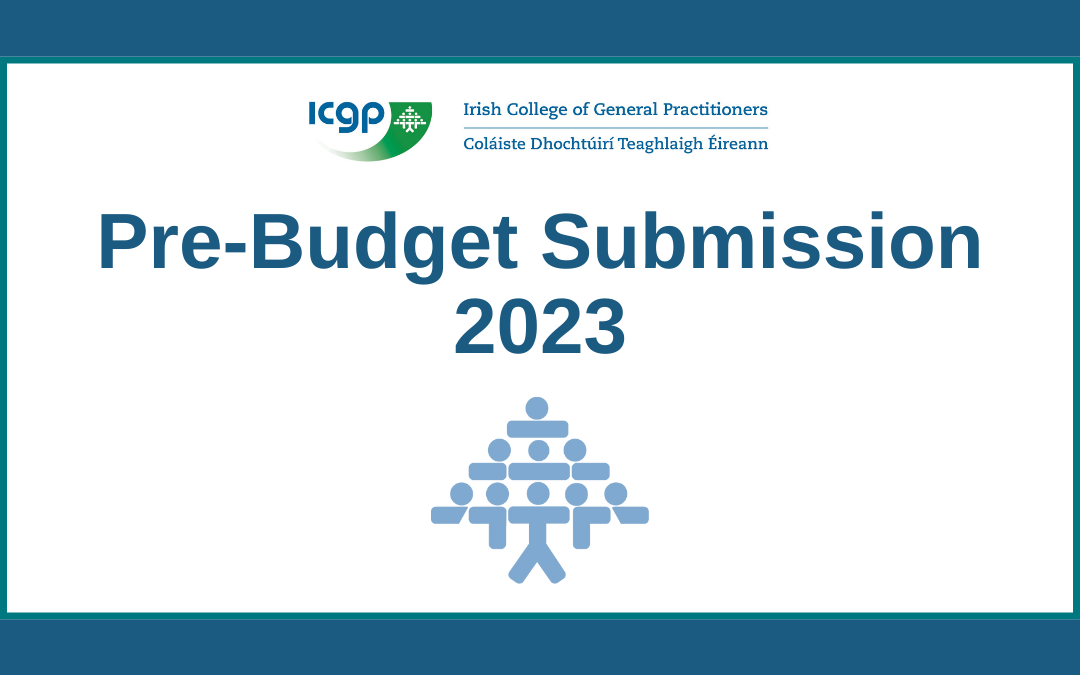 The Irish College of General Practitioners (ICGP) is the professional body for general practice in Ireland. The ICGP is the representative organization for education, training and standards in general practice and encourages the highest of standards, with 4,200 members, comprising over 85% of practising GPs in Ireland. In addition, there are in excess of 900 trainees working in general practice on a supervised basis who are undertaking the ICGP four-year National Training Programme.

The ICGP’s Pre-Budget Submission 2023 has highlighted the growing pressures on GP practices following the COVID-19 pandemic, in which GPs showed considerable flexibility and innovation in adapting to the healthcare crisis, including vaccinating over 50% of the first vaccine boosters in December 2021.

The Chairman of the ICGP, Dr John Farrell, said: “We have almost 4,000 GPs working in general practice. However, the number due to retire is growing, and we don’t have enough GPs to replace the retiring GPs and plan for the expanding population.

“These figures show that we face serious shortages of GPs as they retire, and we know from our survey that the next generation of GPs wants to work in bigger practices, in urban areas.”

The CEO of the ICGP, Fintan Foy, said: “The ICGP’s data is mirrored by the Irish Medical Council, whose recently published Medical Workforce Intelligence Report identifies a 42% deficit in GP numbers in Ireland.

Mr Foy reiterated the ICGP’s call for a Ministerial Working Group on Future General Practice, to help plan for this shortage, and find innovative solutions to the workforce crisis.

The President of the ICGP, Dr Paul Armstrong, said: “The ICGP has responded to the impending shortage by rapidly expanding the numbers of GPs in training, with a 70% increase in training numbers since 2017. We plan to have 350 training places by 2026, but this will not meet the expected demand.”

GP services have grown under the Chronic Disease Management programme, and the expansion of free GP care for the under 6s.